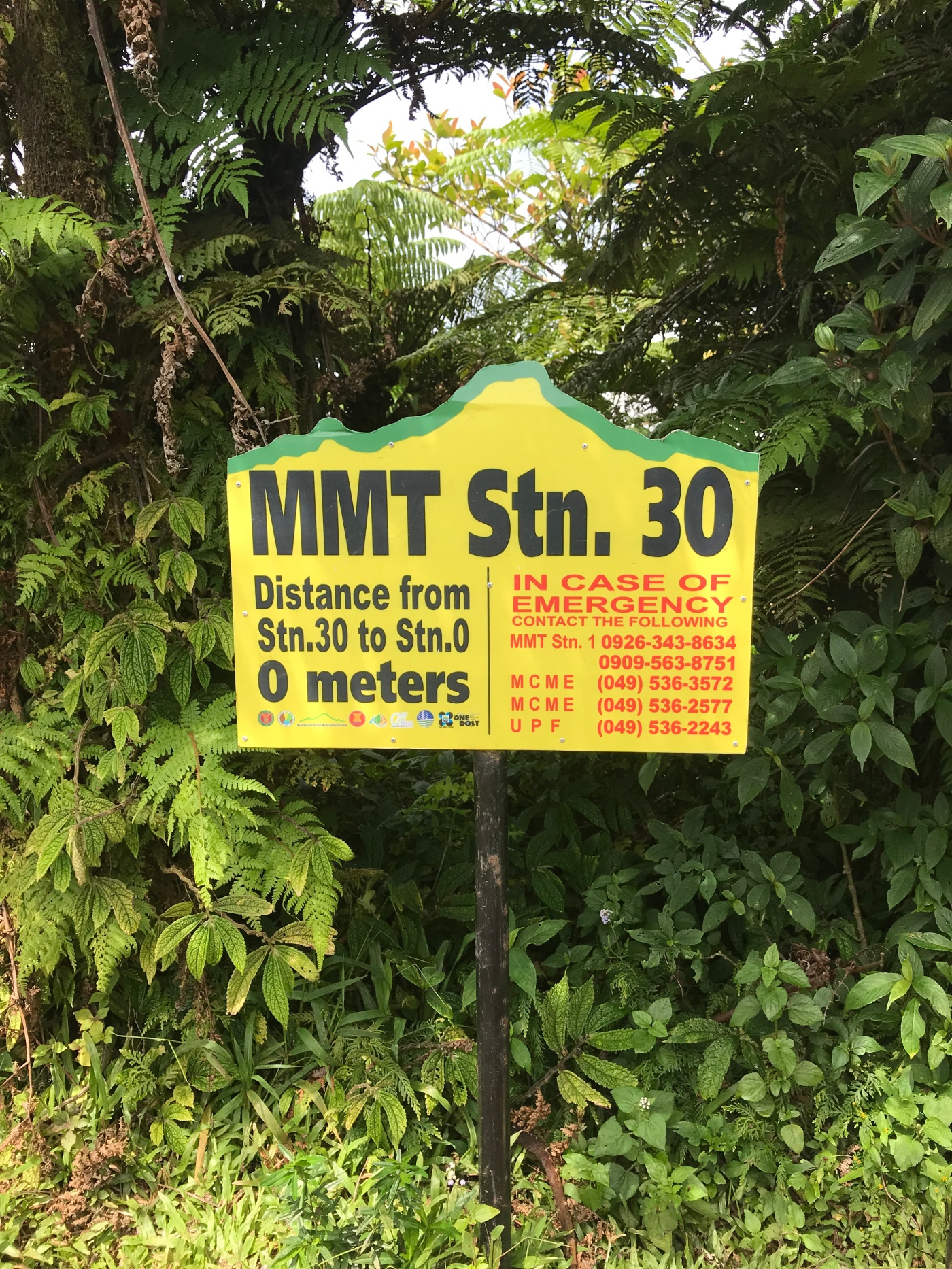 This week was a kindof, sorta lazy week because we didn’t travel anywhere far from Los Baños.

The week started off exhausting. On Sunday, I climbed Mount Makling with a group of friends – Jenny, Priscilla, Jaz, and her friend Nai. Mount Makling is the famous dormant volcano in los banos. The volcano is about 3,580 ft high with multiple peaks. It starts in Batangas, Laguna and ends in Los Banos, Laguna. The climb to peak 2 is about 9.4 km. On the Moutain there are about 30 stations stating the distance to the next station. Our climb took about SEVEN hours long. We skiped the first 11 stations by catching a ride up the moutain. We got a ride to station 11 and climbed to station 30.It was like walking through a rainforest because there were leaches everywhere. To get them off, we had to dry them out with alcohol and flick them off. It was a long and hard climb, but I’m glad I got to climb it. It was definitely harder to climb down then to climb up it. After the climb we were to tired to do anything. Dilly, Meghan, and Zoe came back around 12 from Banaue. I ended up going to bed at 8 that day.

On Monday at work, I polished up my research report at work helped with small things. After work, dilly and I were talked into skipping boxing to go a sushi resturant. The IRRI group went to Eat-Sumo Teri Haus. A big thing in the Philippines is to use mango in there sushi. I also got this cool dessert that was called a mango crêpe.

On Tuesday, I shadowed the PhD student on the GC and got to work on my presentation. After work, we went to Mr. Crazy Baboys to get Koren BBQ. It was my first time getting it, and I highly recommended it if you have never done it before. Just make sure you don’t burn your tongue.

On Wednesday at work, I started my own experiments for the GC and prepared some samples for it. After work, dilly and I went to boxing and made some weird spaghetti for dinner. It was sad and flavorless because we didn’t have any spices.

On Thursday, I made standards for the GC and worked on my presentation. After work, there was an AFSTRI dinner. At the dinner, the Americans (me, Zoe, Meghan, and Priscilla) gave a small presentation about America. After the presentation, we took the shuttle to karaoke place were we sang and drank milkshakes to celebrate the last weekend we would have with our friends here.

On Friday, I ran my samples and standards in the GC and started writing my paper. Unfortunately, there was a problem with the GC, so all my data got messed up. After work, we had a meeting with Tito Mohn to talk about our itinerary for leaving, and what we have done so far with our research. He told us about a new korean place next to the grove. So we ended up going to it. It is called Daedilla The ramen there was really good, and actually spicy.

On Saturday, we slept in and went to the street market at University of the Philippines in Los Banos (UPLB). It was a 25 min walk from IRRI. At the market, I tried caribou chocolate milk and ice cream. It wasn’t much different from regular milk, but it was worth trying because it was really good. We then walked around the market and bought things. Around 1 pm we took a Jeepney to SM Calamba, which took an hour. We watched the Lion King and shopped at SM. It was a fun experience because I have never finished watching the lion king as a kid. The movie allowed me to get the whole experience.

On Sunday, we had a self care day. We went to the nail salon and got pedicures and manicures. We then went to Robinson’s mall and ate some tacos at a place called Lemon Seed. After eating, we went back to the dorm, ate dirty (homemade) ice cream, and watched two movies (5 Feet Apart, and Men in Black 2).